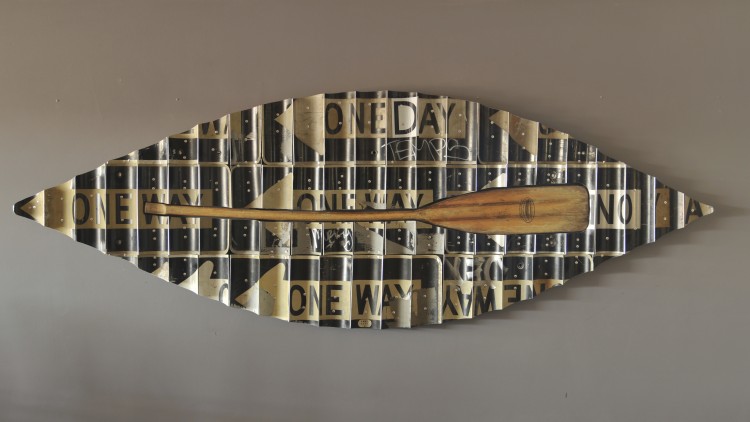 A Hurricane Katrina 10 year anniversary commemorative sculpture about the 2 wks I worked search & rescue on flooded streets of New Orleans during and after the storm. The street signs used to build the piece were decommissioned due to damage from Katrina. I salvaged them with permission from the city of New Orleans. The Boat shape represents the fact that all my search and rescue was done from a boat because the streets in the Gentilly neighborhood where I worked were turned into canals from the flood. The ONE WAY signs are formed to depict waves, corresponding to water and the a river only flows one direction. The paddle was found floating the the flood waters. It also tells the story of how I propelled myself while working in the tight spaces around houses and trees.